This is the embedded video originally posted on YouTube. The video tells of the Khairpur Mirs state prior to the 1947 events and how it joined Pakistan ‘s new country. The instrument of accession of Khairpur State was signed on behalf of its minor ruler by the President of the Board of Regency and the President of the Executive Council of the Khairpur State and on behalf of Pakistan, on 9 October 1947 by the Governor-General, Quaid e Azam Muhammad Ali Jinnah.

The state was later merged into the West Pakistan One Unit.

The video later portrays the Khairpur State memories. Video clips of Khairpur houses, forts and palaces appear in the video.

Turks and Iranians used to term the subcontinent “Hindustan,” Arabs used to name it “Hind” and Europeans have named it India. This subcontinent was made up of more than Thirty languages and civilizations. Very few people know Sindhu was the root of the term Hindustan. Sindh gave the subcontinent its name in this way.

The video went on to explain the subcontinent ‘s historical perspective. 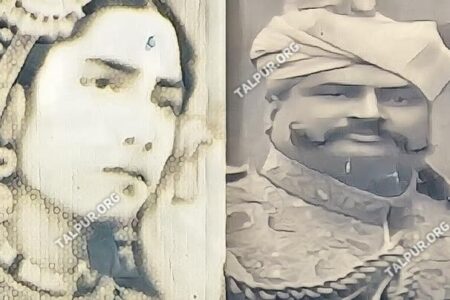