What do People think About Khairpur State’s Education System? A Review of a Documentary

The education was free during the Khairpur state period. Rulers understood that the state would not be stable unless its inhabitants are educated. A network of schools was established early in the last century. Many madrassah schools were founded around 1905 to teach the religious as well as Sindhi and English language education. The schools in Khairpur State provided students with boarding facilities as well as meals and living expenses. Both educational institutions and boarding facilities were provided free of charge.

In those days, Justice (retired) Aslam Jaffrey said that even far-flung areas like Bango Behan got a school. It was established in 1880 and is still functioning but the boarding house is in shambles and has now become non-functional.

Khairpur State students earned plenty of scholarships during the period.

Dr. Sofia Yousif Khushk, a Shah Abdul Latif University lecturer stated that the Khairpur State funded educational activities in Northern India and played a leading role in the region’s education arena. She said she found evidence of these activities during her research, starting in 1906. In 1906 All-India Muslim Educational Conference was held in Dhaka, now in Bangladesh. This was a landmark meeting because it was the meeting that established the Muslim League. The state of Khairpur had sent its minister Yaqoob Ali to attend.

Dr. Sofia Yousif Khushk informs about the system of education under the Khairpur State

Dr. Sofia Khushk further said the minister presented a report on the educational status of the people of Khairpur State. And he invited the participants to come and have their annual meeting in Khairpur.

The Khairpur State’s minister also moved the resolution to upgrade the Aligarh College to University which was adopted. This was a turning point in the struggle of the Muslims of the subcontinent towards the achievement of liberty. This was followed by the meeting of the Muslim Educational Conference held in Khairpur in 1919. The Aligarh College was eventually upgraded to University in 1920. The state of Khairpur contributed Rs 100,000 to the Aligarh University, which is equivalent to the construction costs of Faiz Mahal Palace. Sarkar Mir Ali Nawaz Khan Naz was also the Rector of the Aligarh University.

Dr. Khushk provided many references for additional research in this regard. For evidence, one can go through the annual reports of the All India Muslim Educational Conference from 1906-20. Further evidence can be found in the book “Khutbat e Alia”, published from Aligarh in 1928. Also, one can find valuable information in Shamsuddin Bulbul’s book, “Musalman ai Taaleem” compiled by Ghulam Muhammad Girami. One can also check out the Sindh Azad edition of the “Al Waheed” newspaper. “Musalman Khawateen ki Taleem” book by Maolana Amin published from Aligarh also provides a lot of info about the status of education in Khairpur State.

Dr. Sofia Khushk mentioned the reports and magazines of “Anjuman e Taraki e Urdu“, which according to her, provide a wealth of info about the steps taken by the Talpur rulers of the Khairpur State to promote education their area. History compiled by Syed Hashmi Fareedabadi is another source of info about the educational pursuits in the Khairpur State. These sources of info inform us that the Khairpur State was ahead of the other areas of the subcontinent. This also contributed to the improvements in the economic condition of the inhabitants of the State.

The Khairpur state rulers have contributed to the educational activities in Aligarh, Dhaka as well as in southern Tamil Nadu.

Sarkar Mir Ali Nawaz Khan Talpur helped in the educational upliftment of the subcontinent’s downtrodden Muslim community. Prince Mehdi Raza, while speaking, also confirmed citing his family source that Sarkar Mir Ali Nawaz Naz had, though a rather soft attitude towards the British rulers, but underground he drained his riches for the educational uplift of subcontinent’s Muslims.

Nisar Ahmad Memon, Naz High School’s headmaster, said the school was initially built over forty-six acres, but now the school is allocated just fourteen acres. He called the Talpur Era the Golden Age of Khairpur. He further stated that the positions of high-ranking officials were later attained by the students who got education from Naz High School. The school quality of education was high, covering all fields including science, literary, ethical, and moral education.

Senior journalist Mian Mohammad Azhar said the standard of education has declined since the end of the Talpur period. No longer is the study of ethics, morals, and civilized social life given much importance these days. The culture of teaching and learning that existed during those days does not exist now. Education is now becoming costly too. The standard of education in government schools is extremely poor, whereas private schools, providing some better quality of education are not cheap.

Retired Justice Aslam Jaffrey said that if Talpur Mirs had felt, as elsewhere, that if people were taught, they would demand more equality, then so many educational institutions would not have been established by them. In the Talpurs case, it was just the reverse. They not only founded more educational institutions but once the students passed out after matriculation were given employment too. If they found any student in the school studies who was very bright and excelled, he was sent to Karachi for further studies. He was given hostel lodging and everything he needed to complete his studies. And after completing his studies he was given a job in the Khairpur State. This was the concept of the welfare they pursued. Retired Justice Jaffrey also paid tribute to those ministers and advisors who recommended all these educational projects to Talpur Mirs. But if rulers did not want all these education projects they would not have begun, he said.

Dr. Tariq Qasmi said the level of education was so high that we could not imagine the educational performance of those who finished the seven-year school education the Sindhi “Final.” The school education of those days is comparable with higher studies these days. The students were wonderfully educated. They were indeed better students.

Retired Justice Jaffrey said we are talking about compulsory schooling these days. But primary schooling was mandatory in Khairpur State. Those days, if anyone who lived near the school and didn’t register their kids for school education was fined. Fines were like one ‘Pawli’ or four Annas (a quarter of a rupee) or so – in those days it was quite high.

Dr. Tariq Qasimi said he was not going to school as a child, either. But then one day a government official came to his parents and said: “Both your sons are now old enough to be enrolled for education in the school, please get them admitted to the school.” So, this is how they admitted him to the school. No fees, no expenses, nothing. All free of charge.

Manzoor Panhwar, former inspector-general of police, Sindh, was a boy during the times of Sarkar Mir Ali Nawaz Naz. He has recounted his story in the documentary, how he got admitted to the school. He was from a poor family, but one day he met Mr. Abdul Razak Memon, the school’s principal, while walking along the lane, and then he was offered free education after the greetings had been exchanged.

Then Taj Haider takes the cameraman to the Naz High School and shows the classrooms and the room which was the office of his father when he was principal there. The building was built well but is not well maintained at present.

Retired Justice Aslam Jaffrey told that one hundred acres of land was reserved for a university at the location where later Shah Abdul Latif University was constructed. In 1954 Mumtaz College was founded. It had three Ph.D. professors at the time when it was hard to find Ph.D. teachers in the whole of Pakistan. They were Dr. Mahmoud El Hassan Jaffrey (botany teacher), Dr. Athar Ali Siddiqui (zoology teacher), and Dr. B. A. Azhar (economics teacher). Teachers such as Professor Karar Hussain were employed in teaching English and other subjects. Professor Alvi, a retired educator from Aligarh University was engaged to teach geography. Huzurul Hassan Zaidi taught physics. In short, at Mumtaz College, a team of highly qualified teachers had been teaching in those days.

Faculties were developed in science, arts, and commerce. While there were two other colleges in the nearby towns, viz Government College Hyderabad and CS College Shikarpur, Mumtaz College Khairpur was the only college providing education in all three disciplines. Students from far and wide from all over the Sindh used to study there and many of these students eventually contested the joint competitive exam, after passing out from there and became high-ranking officials in Pakistan. They were all produced by Mumtaz College of Khairpur.

Syed Parvez Shah Jilani informed that highly skilled teachers were being recruited from Europe to teach and train students in vocational schools. For girls too, vocational schools were established. He said he clearly remembered the appointment of a German lady as the first principal of the girls’ vocational school.

The documentary script goes on to state that Sarkar Mir Faiz Muhammad Khan Talpur-I converted caravanserai type madrasah. The Sindh Madressatul Islam, into a modern school when Hasan Ali Effendi acquired a plot in Karachi to build his school to educate Sindh’s Muslims and requested support from the Khairpur State.

The documentary script goes on to state that Sarkar Mir Faiz Muhammad Khan Talpur-I converted caravanserai type madrasah, Sindh Madressatul Islam, into a modern school when Hasan Ali Effendi acquired a plot in Karachi to build his school to educate Sindh’s Muslims and requested support from the Khairpur State.

Of the eight Sindh Madressatul Islam buildings that are present these days, five were constructed by the Khairpur Talpurs. The remaining three were constructed with the assistance of the philanthropists of the rest of the Sindh, which included other Talpurs and the British rulers. The constructions by the State of Khairpur are. 1. Khairpur House, 2. Sardar House (dedicated to the name of Prime Minister of Khairpur, Sardar Yaqoob), 3. Principal House, and 4. Talpur House. Other Talpur families from outside the Khairpur also contributed to the construction of Talpur House. Beside these houses, the Talpur Mirs of the Khairpur State also built a mosque in the school.

Muhamad Ali Shaikh said Talpur Mirs’ most important contribution to Sindh Madressatul Islam was the construction of a house for the school principal. Mir sahibs believed this would attract highly skilled Europeans to come, educate, and run the school. The Principal House was designed accordingly. This is still one of Karachi’s most beautiful homes. The Principal’s House facility attracted a lot of highly educated Europeans who came to Karachi and remained the school’s principal. The Talpur Mirs of the Khairpur State bore the salary of these highly trained European Principals. These included Percy Hide (1897-1903), Thomas Henry Vine (1903-1922), and HFLT Harrison (1930-38).

Such actions of Talpur Mirs also created job opportunities for local people. This is because most of the bureaucracy consisted of British ruling men. And when a British Principal was working at Sindh Madressatul Islam, the students would readily get employment from British ruling bureaucrats after their matriculation. That was the Talpur Mirs foresight which prompted them to construct a wonderful Principal’s House. 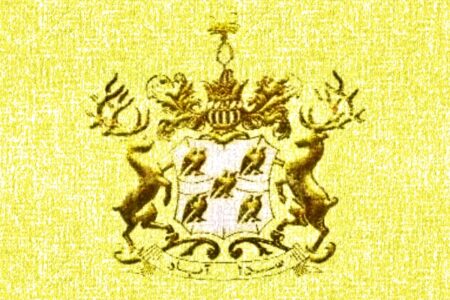