The Battle of Halani was fought in 1783 for control of the Sindh region, now in modern-day Pakistan. The battle was fought between the Baloch tribe Talpurs and the Sindhi tribe Kalhora near Halani village. The Talpurs, led by Mir Fateh Ali Khan Talpur, won the battle and established the Talpur dynasty after ending the rule of Mian Abdul Nabi Kalhoro.

Below is the text of the stone erected at the battlefield of Halani, by Muhammad Siddique G. Memon

The last decisive battle between Mir Fateh Ali Khan Talpur and Mian Abdul Nabi Khan Kalhoro took place during the year 1783 AD. The army of Kalhora took position near Pir Wali and Pir Mashaikh whereas Talpurs under the command of Mir Fateh Ali Khan Talpur assembled face to face near Pir Baloo. Mian Abdul Nabi was assisted by an Afghan force sent by Taimur Shah and additional force by Khan of Kalat. The army under the command of Hassan Khahwar was not less than 30,000. They were Lakhas, Khosas, Naumirias and Pathans. Dingano Khan Jatoi, Nawab of Shah Pargana fought bravely but ran away from the battle field. Mehrab Khan Jatoi was another commander or the army. Mehrabpur town in Taluka Kandiaro is after his name. The Talpur army was under the command of Mir Fateh Ali Khan. He was assisted by Mir Bago Khan, Mir Allahyar Khan and Mir Tharo Khan. The army of 6000 persons was distributed in ten (10) Divisions. In the meanwhile, Mir Sohrab Khan, Nindo Khan Bhurgari Talpur and other sardars numbering 3000 also joined them. The Talpurs won the battle. This brought the rule, of Kalhoras to an end who ruled for eighty years. The Talpur took the reign of the country. (1783 AD – 1843 AD). Mian Abdul Nabi plunged into water of the lake which was close to the battle field and made his escape with a few attendants. While crossing the lake some difficulty, he betook himself to the river and by putting himself in the boat went to the other side. He then fled straight to the hills and then to the Jodhpur where he died in exile in Rajanpur during 1805 AD. The area of battle field falls in four Dehs namely Deh Pir Watio, Halani, Behlani and Naoabad. There are two grave yards, in the battle field. The distance between both the grave yards of Daloo Mashaikh and Pir Baloo is half a mile. The area under the grave yard of Daloo Mashaikh is 97-18 acres. It is situated in Deh Pir Watio near National Highway. The area under the grave yard of Pir Baloo is 9-13 acres and is situated in Deh Nauabad. It is on the other side of Halani Railway Station. There are some tombs and signs of hanging places in Daloo Mashaikh graveyard whereas there are only graves in Pir Baloo grave yard.

The curse of God’s wrath upon him who would try to destroy this stone.
Dated: 10th January 1984

Acknowledgment: The editor wishes to express his thanks to Muhammad Siddique G. Memon for providing this text, written by him. 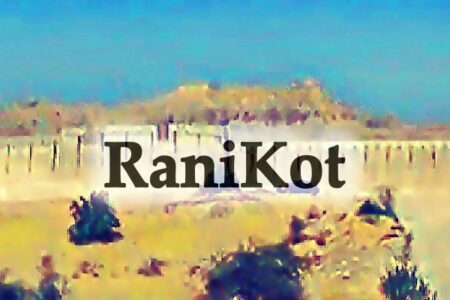 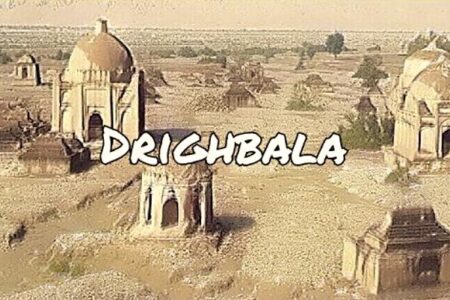